Foreign companies will continue paying "tax on Google" in Russia

Foreign companies were dissatisfied with the new scheme of paying "tax on Google", which was launched from January 1. The Federal Tax Service (FTS) obliged companies to register and pay the tax themselves although it was required of their customers earlier before this implementation. It encouraged the FTS to change its decision and allow foreign businesses to pay the so-called "tax on Google” according to the old rules that used to be in force until January 1, 2019.

"Tax on Google” is the VAT that foreign companies must pay tax in Russia for online sales of their content or services such as games, music, books, rights to use programs, etc. The tax has been introduced in Russia since 2017. Until January 1, the tax on transactions with legal entities was paid by customers. This allowed foreign companies not to register with the FTS to file declarations and pay the tax on their own.

The mechanism has changed since January 1, 2019. Since then, the responsibility for paying the tax has been transferred to the companies. The international business community was dissatisfied. The Association of European Businesses highlighted that the new implementation created "tangible inconveniences", and could become a barrier to doing business in Russia. There is no such practice anywhere in the world, and foreign companies are nervous. They don’t understand as to why they should register and how to do it. There were also risks for Russian companies as they could lose their tax deduction rights on the VAT paid to the budget if foreign companies were not registered.

As a result, the FTS has decided to be flexible with foreign companies. Now, if a seller does not count the VAT in the bill for a buyer, because it is not registered with the FTS, and if a buyer pays the tax to the budget and claims it for deduction, then the tax authorities have no reason to require foreigners to re-pay the tax or challenge the tax deduction of Russian companies.

The amendments, which have complicated the payment scheme, were adopted at the end of 2017. No one discussed them with the companies concerned. This has led to the fact that almost a third of companies, including large holdings, suspending payments for the services of foreign suppliers. As a result, tax revenues to the budget following the calculations of the first quarter of 2019 may be less than similar indicators of 2018. The letter of the Federal Tax Service will help to stop this chaos.

There are 1089 companies providing online services registered with the Federal Tax Service. During the first year after the tax was introduced, the budget additionally collected 9.4 billion rubles. In 2018, this sum amounted to 12 billion rubles. The FTS lists include such major foreign companies as the divisions of Apple, Bloomberg, Google, Microsoft and Netflix. 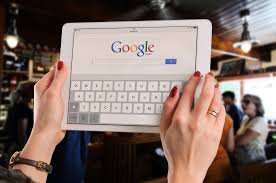