The long-term development program of Russian Railways is finally approved

Oleg Belozerov, the general director of Russian Railways, commented that they would get the remaining 4 trillion rubles from investors.

The development program states that suggested improvements will increase cargo traffic by 18.6% to 1.53 billion tons while passenger traffic will increase by 24% to 1.4 billion people by 2025.

Russian Railways will cut costs by increasing productivity at least 5% per year by using new technologies including resource-saving ones, improving transportation performance, selling non-core assets, restraining supplier prices and reducing staff numbers. The holding is going to reduce the number of employees by 8% from 921,200 people to 848,400 people. The head company will reduce staff by 6.7% to 709,000 people.

The long-term development program of Russian Railways had been developed over several years. It was introduced to the government in the summer of 2018. This document eliminates the necessity to develop other industry-based strategies that includes a new target model for the freight market. The experts remind that the disputes around those documents were painful for the monopoly and specifically, there was a risk that Russian Railways would only remain the owner of the infrastructure without a monopoly on transportation, i.e., ownership of locomotives. This statement is not provided in the approved development program.

The development program mainly focuses on investments, which is quite justified when considering the state of the infrastructure and large number of bottlenecks that limit traffic growth. At the same time, it is important that the company intends to actively develop concession agreements with third-party investors. Russian Railways also highlights the necessity to apply changes in legislation. The development program also states that almost all of its profits should go to the investment program and not to governmental dividends. The company has been seeking this for a long time, but the authorities have not yet adopted a final decision. 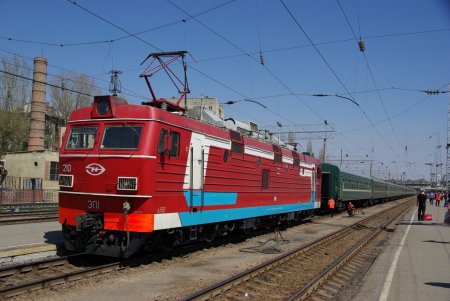