Platov is the youngest international airport in Russia. It serviced the first flight in December 2017. Platov was built to replace the old airport, located outside the city. Platov is a part of the "Airports of Regions” holding established by Viktor Vekselberg.

The Skytrax rating of the airline and airport service is the most authoritative in the world. Five stars is the highest reward. The stars are granted on the basis of an expert audit of services, when Skytrax specialists try the role of an ordinary passenger. They pass through security checks, passport control, visit cafes and shops at the airport. Particular attention is paid to staff performance, queue size at check-in counters, baggage claim rate, internet access and cleanliness in the passenger terminal.

In line with Platov, only nine airports in the world received five stars from Skytrax. Eight of them are Asian, including Baku airport, and only one is located in Munich in Europe.

"With a consistently high level of service and a new airport infrastructure, you can easily qualify for Skytrax four stars and there are many airports in the world with such a rating. For five stars, you need a service that exceeds expectations, special efforts to organize the leisure of passengers, as well as other,” Oleg Panteleev, the executive director of Aviaport agency, comments.

Skytrax is also going to evaluate the largest Russian airport – "Sheremetyevo”. The agency experts should visit the airport in February for evaluation.

Sheremetyevo’s first deputy general director Andrei Nikulin tells that terminal B, which opened in spring 2018, claims to have received the highest rating, while terminals D, E, F are aimed at 4 stars for now.

”Receiving five stars” from Skytrax rating means inclusion in the world elite in terms of passenger service quality,” Yury Spektorov, the head of the Moscow office of Bain&Company, said. Oleg Panteleev adds that the investment community has long been paying attention to it.

The private shareholders of Sheremetyevo plan to sell 10% of the airport to foreign investors. The rating is also important in the development of international transit as competition in the Europe-Asia transit routes is very high among airlines. They invest a lot in product quality and the airport’s high rating also helps carriers to compete. High Skytrax rating is first of all important for international hubs but it can also be useful for a regional airport - for example, to attract international airlines. 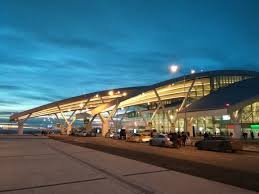