The new head of Rostourism, Zarina Doguzova, highlighted that as the Russian economy is improving, its tourism potential is exponentially increasing as well.

"Our main goal is to maximize this potential and to realize it,” - Zarina Doguzova commented. She believes that Russia should come first to foreigners’ mind when they plan trips and holidays to other countries. As for Russians, they should be happy to show their children the diversity of their native country and plan the next long weekend in the neighboring region, but not in the neighboring country. "It won't be like this in the near future, but it can and should be,” - she emphasized.

One of the tasks of Rostourism under the leadership of Zarina Doguzova is to create the right image for the country to attract both internal and external tourists.

In September 2018, the president Vladimir Putin issued the decree to transfer Rosturizm from the Ministry of Culture to the Ministry of Economic Development. On February 7, the prime-minister Dmitry Medvedev appointed Zarina Doguzova as the new head of the agency. 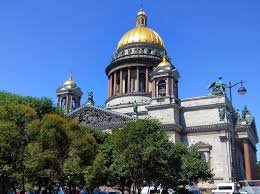